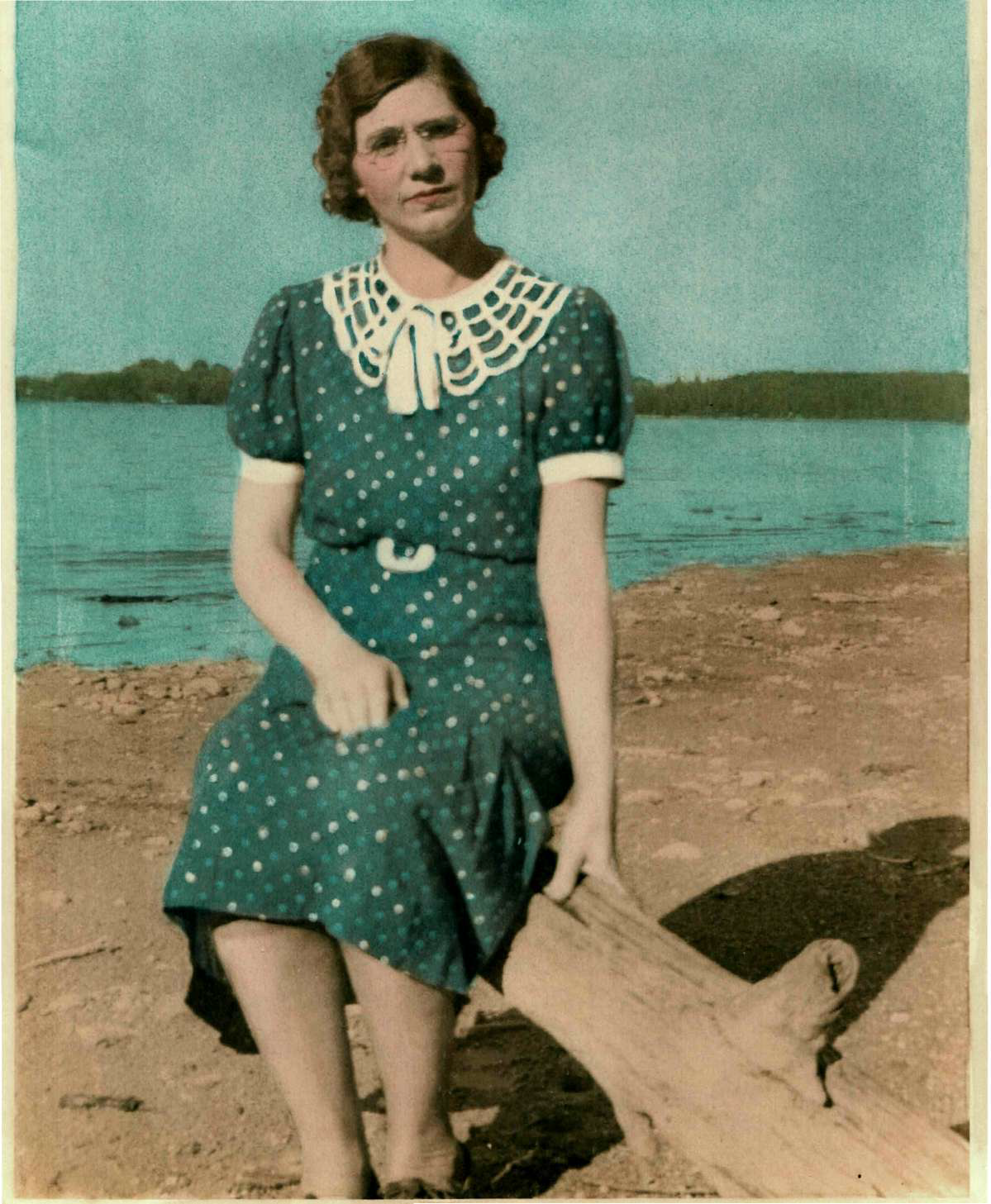 Grandmother Briggs was born Hazel Martha Kline in 1898. She was never keen on my asking questions about family history. Once when I was quizzing my step grandfather about our complex family history, grandmother appeared in the doorway and asked grandpa “why does he want to know all that for. It is not worth knowing”. “Hazel,” grandpa replied, “he wants to know all about the horse thief in the family tree,” at which point grandmother retreated to the kitchen and I heard no more about the horsethief.

I remember Grandma as a loving, somewhat fussy person who baked the most wonderful pies and cookies (peanut butter and chocolate chip). She was first married to Carl Augustus Papenfuse in 1916 and had two children (our father, Edward Carl Senior, and his sister Helen). Carl (like his father before he went to prison) worked for the B & O and was severely injured on the job (crushed between two railroad cars). He never recovered and died in 1930. Grandma Briggs, as we knew her, waited until her two children were grown and had left home, before marrying again in 1938 to James Albert Briggs. “Allie” Briggs had one daughter by his first marriage who we knew as Aunt Jean. He was kind and playful with all of his grandchildren and step grandchildren. I remember well the day he died in 1954. I had had a premonition that day that something very sad had happened. I remember sitting in the living room of our house in Macedon, New York, when the phone rang and I answered it.

Grandma worked hard all her life, taking in boarders after grandfather Briggs died. She was employed in the cafeteria of Whitmer High School and known for her pies, which had a decided effect on students and employees alike. 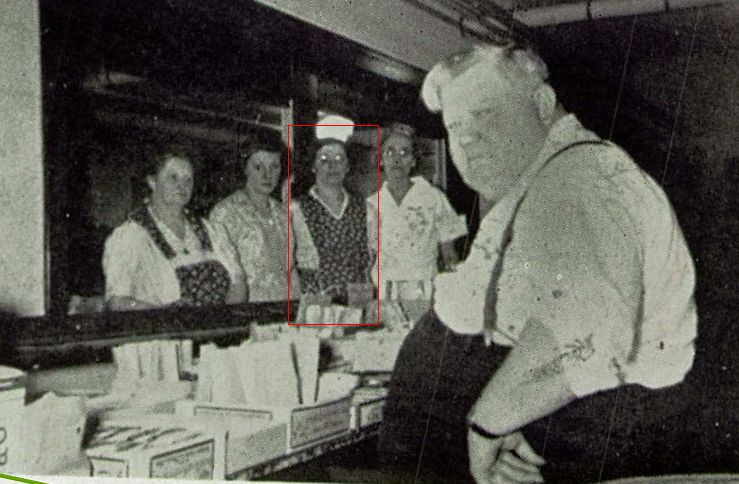 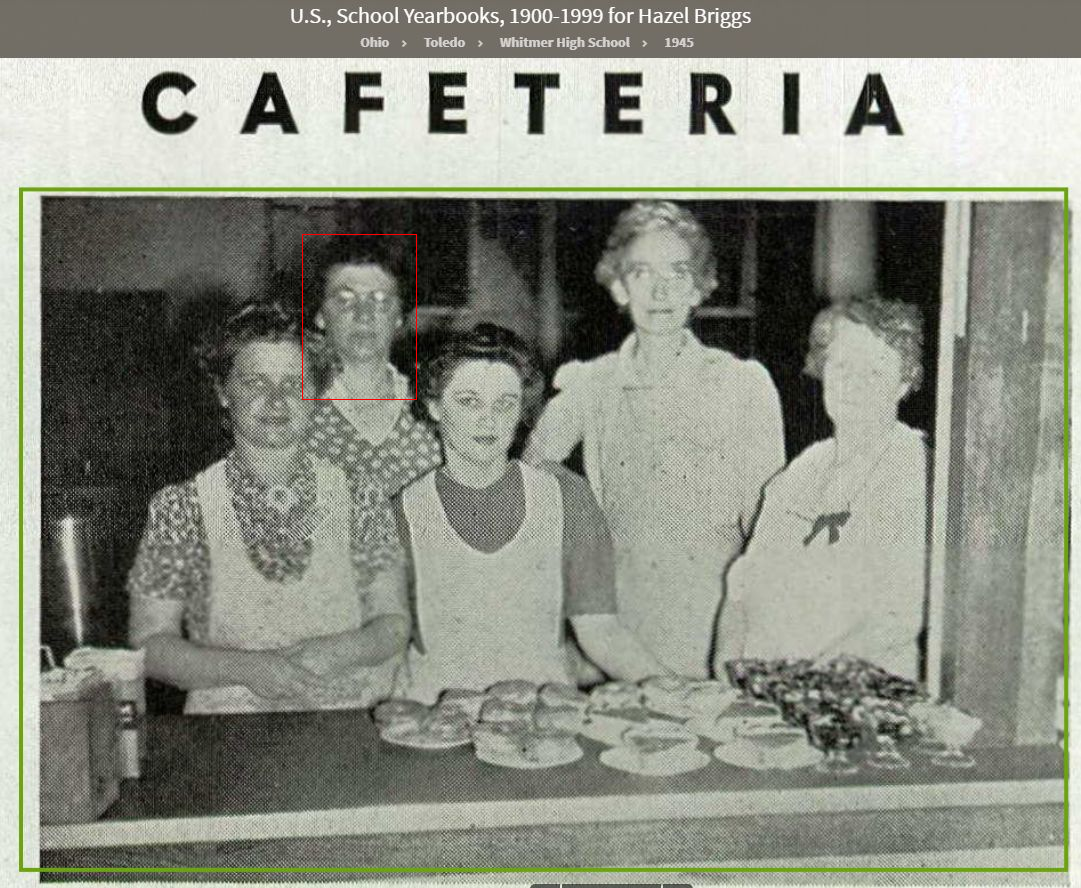 Grandmother Briggs in the cafeteria of Whitmer High School, Toledo Ohio, in 1944 & 1945.

employed by the school. Grandma’s specialty was the pies on the counter.

After grandfather Briggs died, grandma would visit us in the summer until one day she watched me out of the dining room window of our house in Macedon injure myself while trying to remove the body of an old car I was trying to restore. I survived, but after that she came less frequently to visit, although she kept up close ties with Grandpa Briggs’s family in and around Macedon. They welcomed her into the family in which four Briggs brothers had married four Lauder sisters. Grandpa had been the outlier, having married twice, the second being the widow Hazel Papenfuse. He in fact was responsible for introducing his sister-in-law’s daughter, our mother, to Hazel’s son Edward. Family ties can be very complex at times. About 1960 Grandma Briggs had her picture taken with Grandpa Briggs’s sisters-in-law, all of whom I remember fondly, but especially Aunt Agnes, top row middle, Aunt Elsie, second from the right, bottom row, and Aunt Charlotte, top row left. All were great cooks and generous to all. Absent from the picture is another Lauder sister, my grandmother Pearl, the eldest. She never liked to have her picture taken, but was equally kind and generous to all of her family. The chocolate cake she made from scratch for family dinners was the best I have ever tasted. 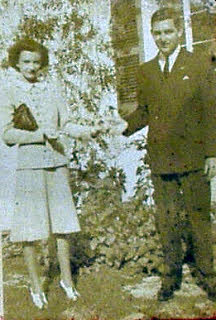 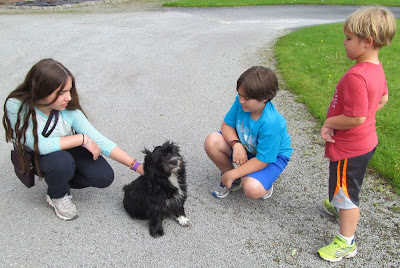